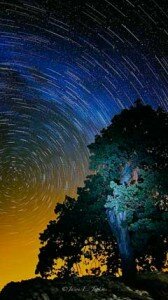 Soldier’s Heart, founded in 2006, tends the emotional, moral, and spiritual wounds resulting from military service. We do not consider Post Traumatic Stress Disorder (PTSD) a mental illness but rather a normal and nearly universal response to the pain, fear, passion, and moral confusion of war. At Soldier’s Heart, we recognize and nurture the wisdom earned through trauma. We offer genuine homecoming and a path for post-traumatic growth to troops, veterans, families, and communities.

Like the Plains Indians, we take our lessons from the buffalo.

The founders of Soldier’s Heart, Ed Tick, PhD, and Kate Dahlstedt, LMHC, came of age in the Vietnam era. Both are children of World War II veteran families. They recognized early in life that war wounds are long lasting and need tending. Although neither Ed nor Kate served in the military, they felt called to serve those who had, and began seeing veterans regularly in their private clinical practices as therapists.

After more than twenty-five years of this service, Ed wrote War and the Soul: Healing Our Nation’s Veterans from Post-Traumatic Stress Disorder (Quest Books, 2005). The book received tremendous acclaim from troops, military chaplains, veterans, their families, and counselors. Ed was overwhelmed with requests from wounded veterans seeking assistance and concerned citizens wanting to learn more and help. To handle the flood of inquiries, Ed and Kate co-founded Soldier’s Heart in 2006. The organization received independent 501(c)(3) status in 2012.

Ed and Kate spread their ideas through public appearances, interviews, articles, and professional trainings. They offered healing retreats for troops, veterans, families, and communities. Many found these retreats life-changing. Troops and veterans gained a new understanding of the significance of their lifelong “warrior’s path,” and of the continued importance of their insight, testimony, and vigilance in civilian society. Civilians gained a new appreciation for their responsibility to honor the wisdom and care for the invisible wounds of those who have served in our country’s military.

In February 2011, Kate started the Women and War program to address the unmet emotional and spiritual needs of women affected by war and military service. The program offers weekly support groups and seasonal retreats for female troops, veterans, and family members.

In 2012, the Chief of Chaplains of the US Army invited Dr. Tick to train over 2,500 chaplains on the Soldier’s Heart model of PTSD as war wound rather than mental disorder.  The program was extremely well received by the chaplains, many of whom were unaware of the significance of warrior stories in their own faith traditions.

In November 2014, Ed’s book Warrior’s Return: Restoring the Soul After War, was published by Sounds True.