The following resources are recommended by Soldier's Heart. You may order them using the links to their web sites.

The War After the War: A Warrior's Journey Home
John Wesley Fisher
Revealing the Soldier’s Heart Model for healing PTSD 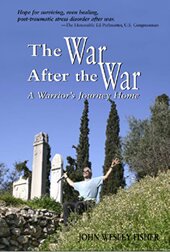 "The horrible road to war can be traveled far too easily and even against our will. In contrast, the road home is long, difficult, confusing, and tragically unmapped. John Fisher has walked these roads through war's furnace and home with his eyes, heart, mind and spirit wide open. He has examined all that lies in his own conscience and soul. He has peeked into corners of self, healing and society that few examine. He has restlessly searched to understand war's wounding and contribute to its healing. For all these reasons and more, John Fisher's witness should be heard and heeded.  With courage, devotion and love, John has transformed himself from veteran into spiritual warrior. In this book, The War After the War, he maps his journey so that others can also find their ways home and to self." -- Ed Tick, Co-director of Soldier's Heart

From the Bataan Death March and the Hell Ships, through fear and hatred, to forgiveness and the dawn of illumined spiritual understanding – and based on actual events and people – a son tells the story of his father’s struggle to survive as a Japanese war prisoner and then redeem his broken life.

“The grief that a soldier feels when a comrade is killed or severely maimed, is akin to the grief of a mother whose child has just been killed.” -- Jonathan Shay, in the Voices in Wartime Anthology 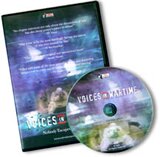 Voices in Wartime Feature-length documentary DVD (for individual use)

74-minute documentary that delves into the experience of war through powerful images and the words of poets - unknown and world-famous. Soldiers, journalists, historians and experts on combat interviewed in Voices in Wartime add diverse perspectives on war's effects on soldiers, civilians and society. Also includes the short film Beyond Wartime.

240-page book includes poetry, essays, and narratives based on interviews conducted for the feature-length documentary film Voices in Wartime.

31 Poems from the Voices in Wartime Anthology and the feature-length film. Includes poems read by their authors from around the world from Iraq to London, Baghdad to Seattle, as well as poems from the past by poets such as Wilfred Owens, Alan Seeger, Emily Dickinson, and Langston Hughes. Music composed by Stephen Lamb and Anton Sanko.